How does the App Store Search Algorithm Work? 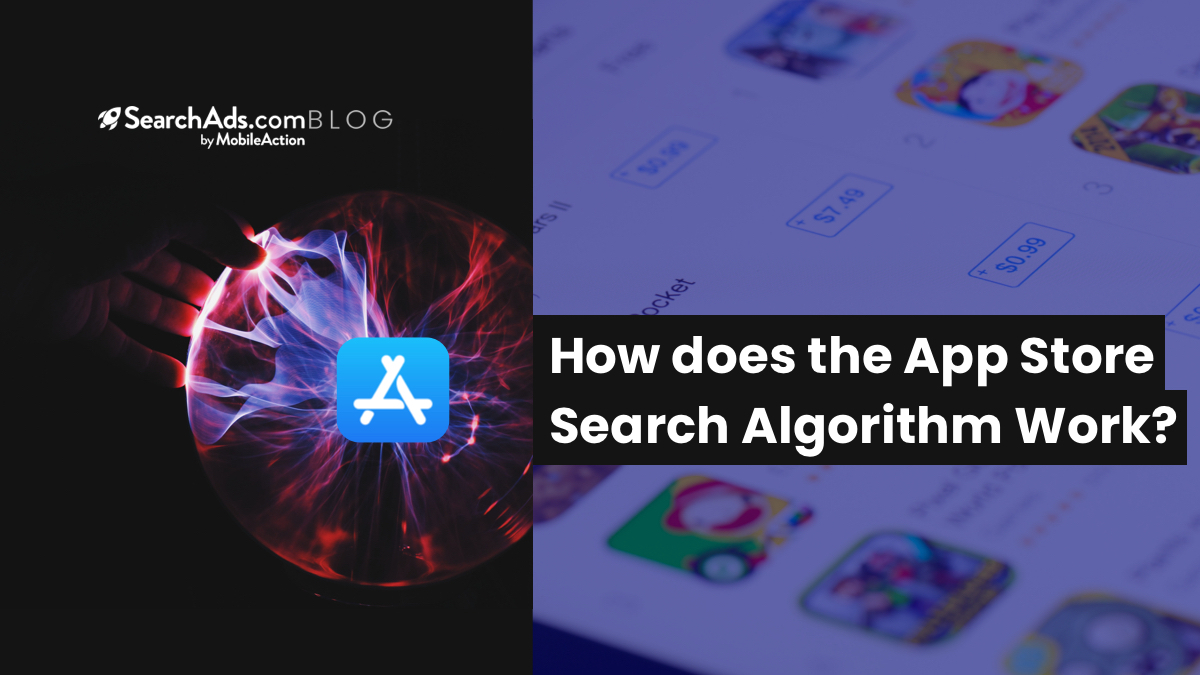 App Store Search had become one of the most crucial terms of mobile marketing. 3.5 billion people have been estimated to have access to app stores directly through their mobile phones. Those numbers are continuing to grow further so mobile marketing as well. Therefore, App Store Optimization has become one of the major concerns of app owners. There is a battle in the app markets to get higher in the rankings.

According to the data of Apple Search Ads, 65% of downloads in the App Store, comes directly after a search. This makes the biggest portion of the pie. Therefore, ranking in the higher rows means a lot if you want to increase your installs.

There are two main things you can focus on to utilize installs coming from app store search engines: organic search and paid search. Both are positively correlated with each other, thus this post will cover the basic algorithm behind both App Store Optimization and Apple Search Ads.

What is App Store Optimization?

When app developers launch an app for a specific app store, they customize and design their app store pages with the internal information of apps to catch the attention of their potential users.

They add an icon, determine a title, subtitle, and descriptions that can be seen directly by customers, and they also add some hidden features for the algorithm of the app store search engine such as keyword list (App Store Connect Keywords). All those features are named as on-metadata factors. Moreover, after launch, the experience users had in the app are being rated and commented on by users can be seen on the app page, which eventually has an impact on the app store algorithm is called off-metadata factors. Making changes in those factors, optimizing them in the cheapest way to become visible in the App Store search, is called App Store Optimization (ASO) and it is one of the most crucial parts of app store search marketing.

When a user searches for a keyword, the app store search engine provides related apps for that specific keyword. Therefore, adding relevant keywords to your keyword list, description part, or to your title and subtitle makes your app visible.  However, according to the Apple App Store keyword rules, when app developers add a keyword to their keyword list, Apple’s algorithm increases their apps’ ranking for a couple of days in order to test whether they get any tap or not. If they are not getting enough taps,  then the algorithm assumes that their app is not related to the keyword they have added. Eventually, Apple decreases its ranking, and therefore, even if rankings increase right after the change, that does not necessarily mean that their ASO efforts have paid off in the long term.

Another significant difference in the algorithm of Google Play Store and Apple App Store is Google Play Store does not have a keyword list subscription part, unlike Apple’s App Store. Instead, the Google algorithm crawls keywords from the title, subtitle, and description parts which makes them much more important for the search rankings. Google Algorithm is more likely to take the first two words of every line of the description as the keyword since it searches from left to right. Therefore, adding keywords to the beginnings of every line is the most feasible way for the Google Play Store.

Lastly, ratings and comments are crucial both for Apple Store and Google Play Store. The first thing people look at when they search for a keyword is ratings. They are more likely to download apps with higher rankings and better comments. Therefore, apps with higher rankings are more inclined to get installs and to be in the higher rows in the App Store search.
We have a post dedicated to methods on how to get good reviews in app stores. Make sure you check it out to learn more.

What is the rationality behind Apple Search Ads?

When we come to the algorithm of Apple Search Ads, it works with the bidding system. Several apps bid for a keyword for different amounts and go for an auction. Apple Search Ads algorithm chooses the one that has a higher bid and shows the app in the top row.

The basic version of Apple Search Ads works with the Cost per Install (CPI) model which means you pay only when you get an install. It is more useful for apps that have a limited budget and limited investment of time. It limits the user to spend 10,000 USD per month per app at most, and you can only promote 50 apps.

In Apple Search Ads Advanced, unlike the basic version, you are capable of controlling your campaign and it runs on the Cost per Tap (CPT) model, which means you only pay when you get a tap. However, having the highest bid is not enough to get more impressions itself, relevancy, and having a strong ASO strategy is a factor considered by Apple’s algorithm. To learn all the details on how ASO affects Apple Search Ads and vice versa check out our latest post “How to Improve ASO with Apple Search Ads“.

Both taking Apple Search Ads and App Store Optimization into consideration, app store keywords best practices can only be maintained by utilizing both simultaneously. There is a strong positive correlation between ASO and Apple Search AdsASA. Bidding for a word is not enough to optimize your search engine activities as Apple Search Ads states that they are considering both text relevance that matches the app’s title, keywords, primary category, and user behavior which means downloads and rating qualities as well as your bid on the keyword you want to rank for.

How to Optimize Apple Search Ads for Maximum Growth

Talip Sencan,
Fri Jul 30 2021
4 Apple Search Ads Tips That Will Save You Time